Carrie Wagner is a global education consultant and training specialist. Carrie and her husband Bob lived in Uganda from 1991-1994, working with Habitat for Humanity International. In 2010, Carrie published Village Wisdom; Immersed in Uganda, Inspired by Job, Changed for Life, a book that inspires commitment to global service and authentic cross-cultural learning. Carrie brings 25 years of international training and development experience, as well as a life-long commitment to empowering marginalized communities.  As International Training Director for Habitat for Humanity International, Carrie facilitated training and leadership development in Africa, Asia, Latin America, Europe and North America. Carrie has lived in Uganda, South Africa, Peru, and Ecuador and has traveled to over 25 countries. Carrie graduated from NC State University with a BA in Environmental and Visual Design. 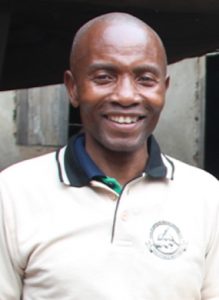 Kikundi Nelson (also known as Canacanyoni Cornelius), is a professional teacher with ministry of education and sports science and technology since 1991. As the only person with higher education credentials in his community, Kikundi Nelson became a teacher in order to lead his communities to prosperity. For over 20 years,  he has concentrated on rural remote communities in Western Uganda. From 1991-1994 Kikundi worked with Habitat for Humanity Uganda (East Rwenzori Affiliate as a village facilitator, and 1997-2002 as vice chairperson, and 2003-2005 as chairperson.

Kikundi loves learning from others as he was inspired by Bob and Carrie Wagner in 1993, when they sparked in him the skill of saving for the future. In 2005 he used the savings he had made to build up a school “PRIDE OF RWENZORI WAGNER MEMORIAL SCHOOL” . In 2016, PRWMS enrolled 487 children, of which 117 are orphans, 11 are children living with disabilities, and 5 are children of parents living with disabilities. Kikundi sparked the initiation of an organization called “LEEED Foundation” that empowers people in rural communities. LEEED has partnered with Village Wisdom Partners,  Bead for Life Street Business School, Girl Up Uganda, and Omukali Villages Arise. 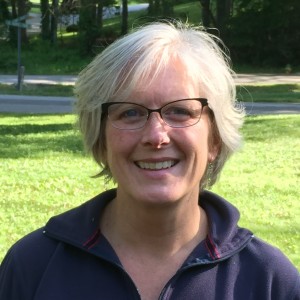 For all of her adult life, Laurie has been a Respiratory Therapist, caring for the injured and critically ill. She has transitioned to caring for patients in a way that is more meaningful for her: walking alongside those with chronic respiratory diseases, providing education and support so they and their families feel empowered to stay well at home with less time spent in the hospital. She feels strongly that local, sustainable poverty alleviation programs can lead to a better world for us all. Laurie made her first trip to Uganda in 2016.

Christina Garay Lohry received her first BA and Ma in Dance Therapy, specializing in work with special needs children for ten years. She then completed a MA in Education, a certificate in arts integration, and began her now twenty year career as a public school teacher. Her career spans a wide variety of experiences around health, education and the arts including co-founder of the Shambhala Elementary School and Teacher Training, board member of the Nova Scotia Arts Council, post graduate teacher, director of the Ishu Dance Collective and much more in her many, many years of her rich life.

Leah Donatelli: Events Coordinator and Public Relations Officer
Leah graduated from Appalachian State University in winter of 2015. She grew up in Asheville, North Carolina and returned upon college graduation to pursue event coordination. She has worked with an advertising agency, wedding planning company, and climate science innovation center to coordinate venue management, conferences, workshops, weddings, anniversary celebrations, public and private talks, documentary screenings, film premieres, in addition to multiple fundraising events while in the nonprofit sector. Leah partnered with Carrie during her Senior year of high school to facilitate the Story Portrait Project, with Carrie as her mentor. She facilitated Village Wisdom lesson plans with a second grade classroom at Glen Arden Elementary and taught about global citizenship and global partnership.  She looks forward to bringing her task and detail oriented skill set to the Village Wisdom team.

Tina has worked with incredible non-profits around the globe and in North Carolina. Having lived in rural Africa, Central America, and the Dominican Republic; she is passionate about building partnerships and leveraging resources so we can be part of community transformation in our own neighborhoods and around the world.  Her love for Africa started when she volunteered in the Democratic Republic of Congo for six months, then spent a college semester in Cameroon, which led to a year and half working with women and micro-enterprise in Fort Portal, Uganda.  More recently she volunteered in the Dominican Republic with Wine To Water for five months as part of a family sabbatical with her husband and three teenage children. This opened another door and she now serves as the Director of Fund Development for Wine To Water working to get clean water in hard to reach places around the globe.